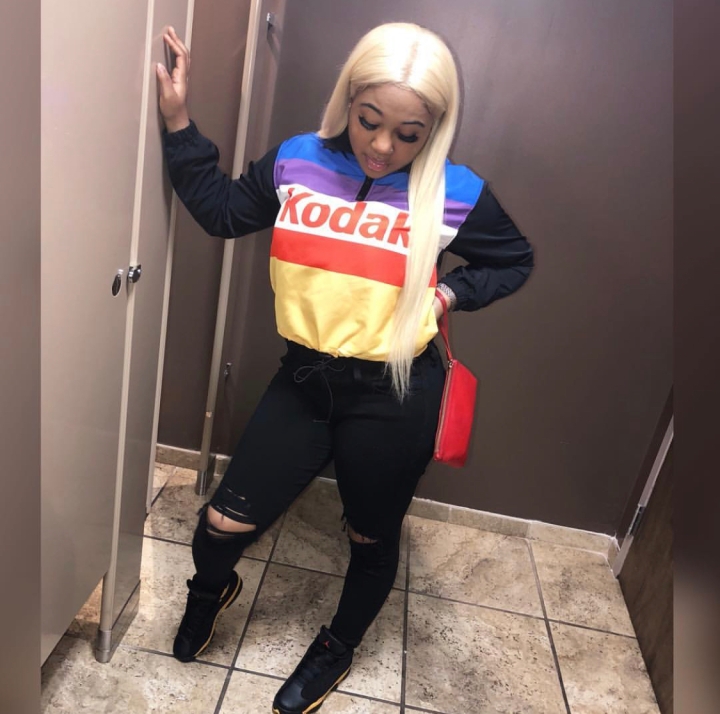 Pittsburgh native bombshell Tosh Thugette, last featured for her verse on Stunna2Fly’s single “Freak Hoe” returns will her own release over the classic Eric B. & Rakim “Paid In Full” instrumental. No novice to the rap game but the hiatus has served her well. You can’t deny this rising Queens’ lyrical wit and conspicuously haughty demeanor. The TrillatvAssistants shot visual displays a stunning Thugette that sifts from black to yellow colored hair amid still keeping her beauty intact – no matter the color- she’s slayed and keeping that slaying intact requires a secured bag.

She needs money and she gets it! Don’t think you can approach this hustler without your coins in abundance.

She raps, “I turn these n****s on like Cardi do for Offset, and I ain’t sucking d*** with out a full-set but he gotta have more paper than a Post Gazette…”

Throughout the track she also rants a bit, her personality piercing through amid a comedic flair. It’s a great time to be a female in hip-hop, Thugette’s proving that. Watch her latest release below.