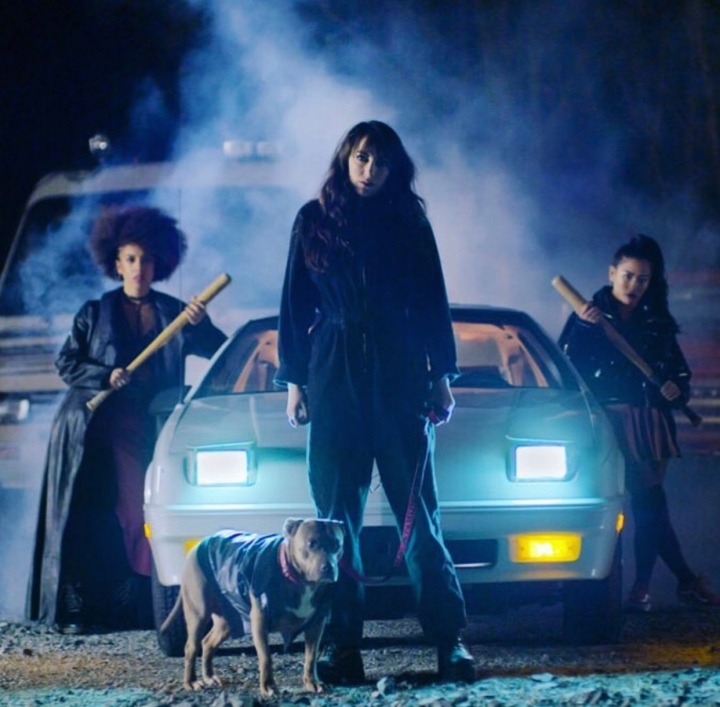 With The Jetsons era nearing this generation more than any previous lives a good bulk of life desensitized by excessive social media use and a lack of interpersonal skills. Eden Samara acknowledges that unfortunate present shortcoming and utilizes her debut EP Days to lyrically harp on those issues manifesting in the digital age. The EP materialized through a host of creatives including engineer Matt Stevens (Bruno Mars, Young Thug, Keys N Krates), Sydney Galbraith, (Desert Fish Studios), artist and producer Jim Junior (Ralph), songwriter John Mavro (River Tiber) and techno producer DJ Ryan Pierre thus it hearkens like a keen sense of awareness of life as most of us are living it.

The Nelson, British Columbia native blatantly digs into the exploration of societal assumptions and our robotic like tendencies in “Robots” and then gives us tantalizing harmony, soul and cognizance of self in records like “100%.” Never let the length of a project fool you into thinking that it lacks something. Days includes five tracks stocked with lyrical texture amid a multitude of genre flavors from soul to pop to experimental. Samara creates music with inspirations like Kelela, Dev Hynes, DJ Rashad, Lorde and Jessy Lanza in her subconscious amidst a sound beautifully all her own.

Speaking of Days, Eden reflects, “The Days EP has an overarching theme of  “what is the right way to spend my time?” I wanted to talk about the universal desire to find meaning in life and create genuine connections with each other, in a time when our empathy has been dulled and the media dictates what an ideal life should look like. The EP looks at a recent slice of my mid-twenties when I had a bit of an existential crisis over this.”

She also released the official visual to the album titled single “Days,” which reveals a self-medicating contemporary housewife, cemented between a reverie of herself as the quintessential fetish woman that every man desires and the women whom she truly wants to be.

On the Days Video, Eden says, “Creating the video for Days was a collaboration with Vancouver director Darcy Hennessey Turenne, along with the Pool Service who are friends of mine from high school. A whole group of our childhood friends were involved in the shoot which made it even more surreal and special on set. All of the women involved with this video (both on and off-camera) are huge powerhouses that I am so privileged to have worked with. Together we created our own wacky universe to express thoughts and feelings of “who does society tell me I have to be?” vs “who do I want to be?”

Although this body of work marks as Eden’s debut it doesn’t listen with abecedarian tendencies but the aural capacities of a veteran, a stunning project; indulge below.